Reduce your stress! Start taking back control of your life TODAY. Our actionable advice and tips will help you find your way to a less stressful life in no time. And it's FREE! So what are you waiting for?

Get the FREE Course Now

18 Signs of a Toxic Workplace: A Checklist for Leaders

Our Black Friday SALE is Here!

We are starting 2023 with two new programs that will help you find peace and achieve your goals!

Toxic cultures take over a workplace when the interactions between employees and supervisors become so negative they no longer meet socially acceptable norms for civility.

Workers in toxic workplaces show less engagement with work and are demotivated to perform well.

They may intentionally perform poorly, avoiding completing work tasks in a timely manner or they may simply not apply much effort to anything. Employees will waste time instead of working IF they even bother to show up.

As a result, the negativity in a toxic workplace can destroy the organization. Not just in metaphorical constructs, but also by tanking the bottom line.

If you are a leader, you must choose a side. Either you fight the toxicity, or you choose to go along with it.

Leader, manager, supervisor, whatever your title is – you are either part of the solution or part of the problem.

Is Your Workplace Toxic?

A toxic workplace is characterized by fear, poor communication, and high turnover.  Employees feel devalued, unappreciated, bullied, maybe even harassed. Leaders and managers neither respect nor appreciate the employees. Attempting to shame people, insulting team members, and blaming when things do not go as planned are just a few examples of toxic behaviors.

We all have had coworkers or bosses that we may not necessarily have been crazy about, but where is the line between personality conflicts and toxicity?

18 Signs of a Toxic Workplace Checklist

How many of the signs of a toxic work culture from the list below describe your workplace or the leaders in your organization?

1.  You are afraid to voice your opinions to higher-ups.

2.  Your boss micromanages you or others.

3.  Your boss watches you complete work tasks or asks detailed questions about your process just so he can jump on any opportunity to criticize you.

4.  You don’t go to Human Resources to report issues because you are concerned you will be retaliated against.

5.  In team meetings with your boss information only flows one-way, from the boss to you and the rest of the team.

7.  People get promoted because they are related to or friends with leadership or C-suite executives.

9.  New or different ideas are frowned upon and shut down.

10. You and others are kept in the dark about changes in strategy or direction.

11. When you ask questions you are patronizingly told not to worry about it, it doesn’t affect you, even if it really does.

12. Temper tantrums, verbal or physical aggressiveness are accepted, excused or tolerated by leadership.

13. Leaders or managers make derogatory, belittling statements to others.

14. Leaders blame their team members when things go wrong, insistent that failures are someone else’s fault.

15. Human Resources Department’s support processes, such as improvement plans and coaching, mostly function as an avenue to fire people instead of trying to develop people.

16. The Human Resources department serves as a shield protecting management from worker complaints instead of trying to find meaningful solutions to help improve the employee experience.

17. Negative feedback on job performance is the only type of feedback that is given. Evaluations are used to instill fear in employees instead of used to develop and grow them.

18. A worthy, outward-facing mission or vision statement is used to mask the greed or selfishness that motivates managers and leaders.

If you saw your workplace described in the list above, then it’s toxic where you work

What do you do, then, if you work somewhere that’s toxic? Should you just tough it out? Try to change it?

How Do You Heal a Toxic Workplace?

When something is toxic, it is because a toxin or poison has been introduced into the system.

The system, if healthy, will likely overcome the toxicity, stopping the effects of the poison and in time repairing itself.

Imagine you eat something that causes you a mild case of food poisoning. You may have to stay home from work for a day, while your body attempts to:

Once your body fights off the poison, you will likely be okay and ready to go again within a short time.

Someone in the organization will have to fight off the poison. It won’t clear up on its own.

If the workplace is healthy and a new leader, or even an employee, is hired who exhibits toxic behaviors, then the organization should be able to:

The healthy workplace will not tolerate a poison staying in the system. The behavior will seem so out of the norm, that everyone will notice, and leadership will likely not allow it to continue for long.

If the workplace is NOT healthy and does not have a strong, positive culture then it will be overcome by the poison and the toxicity will spread throughout the system, creating a toxic workplace.

As the toxic behaviors spread and it becomes the norm in the workplace, the poison will grow stronger and the organization will likely die as a result.

Toxic workplaces may die a slow, painful death as the toxicity runs rampant unchecked. Or they may quickly fall apart, as good employees leave, and work quality diminishes.

If toxic behavior in the workplace is left unchecked, it will spread and kill the organization.

The only antidote is strong, positive leadership. Read more about how to defeat Toxic Leadership. 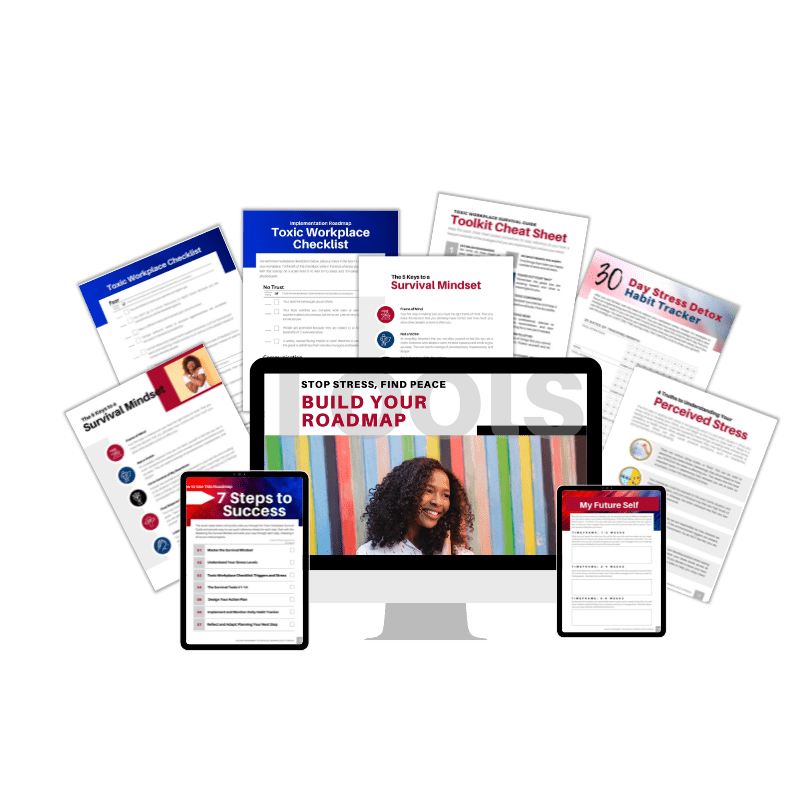 Begin your journey to eliminating unhealthy stress with our FREE online course with action-focused, powerful resources including checklists, cheat sheets, trackers and more.

If you have 25 minutes, we can help you gain clarity on how to move forward.

Take Me to the FREE Course

Dr. Sara Baker is an advocate for positive leadership and healthy workplaces. With over 20 years of experience leading private and public organizations, she understands the challenges that employees and leaders face every day.

Sara is the author of Toxic Workplace Survival Guide, an essential resource for anyone who wants to thrive in spite of a toxic work environment or who is ready to quietly quit. In addition to her writing, Sara provides online courses for leadership development and coping with a toxic workplace.

Sara enjoys spending time with her family and friends on her farm in Texas.

Sara is the author of Toxic Workplace Survival Guide, an essential resource for anyone who wants to thrive in spite of a toxic work environment or who is ready to quietly quit. In addition to her writing, Sara provides online courses for leadership development and coping with a toxic workplace.

Sara enjoys spending time with her family and friends on her farm in Texas. 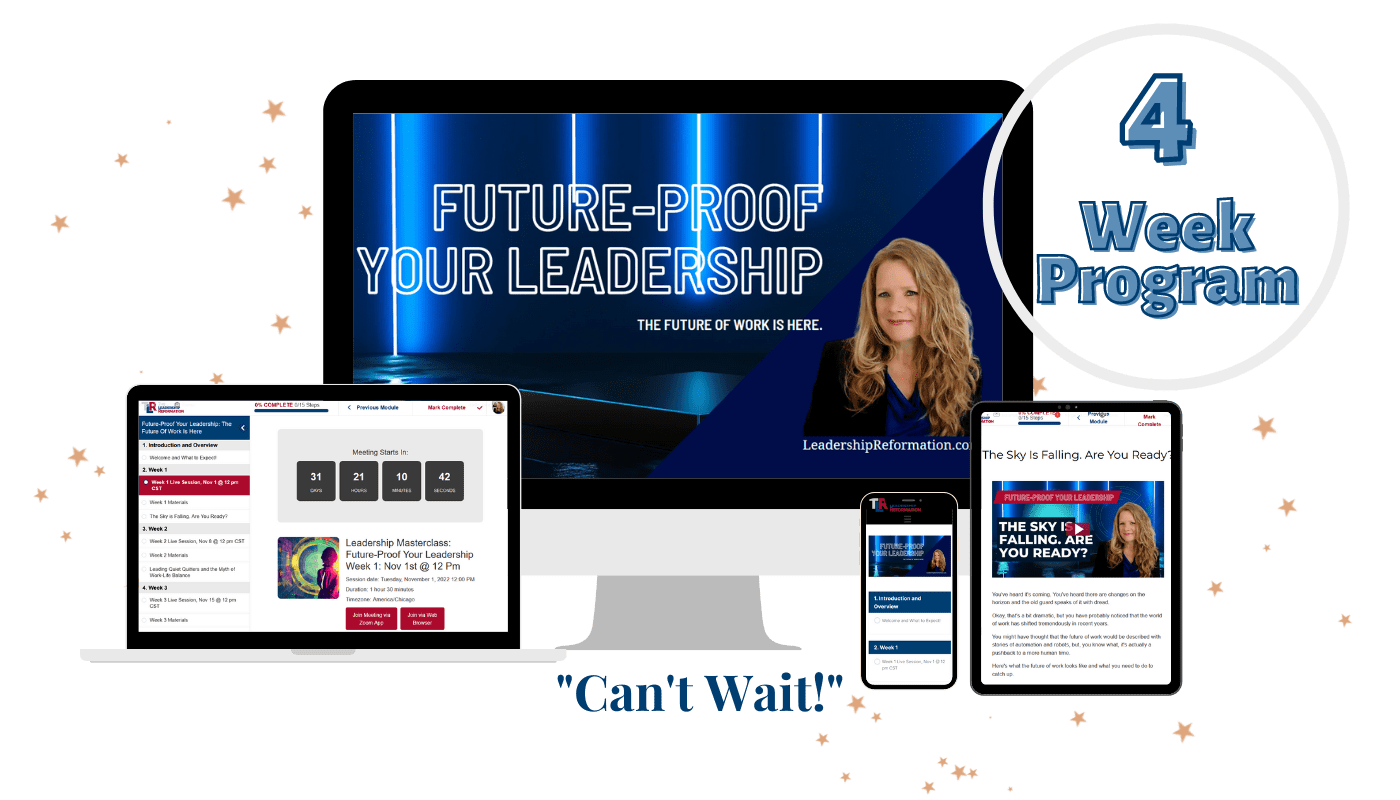 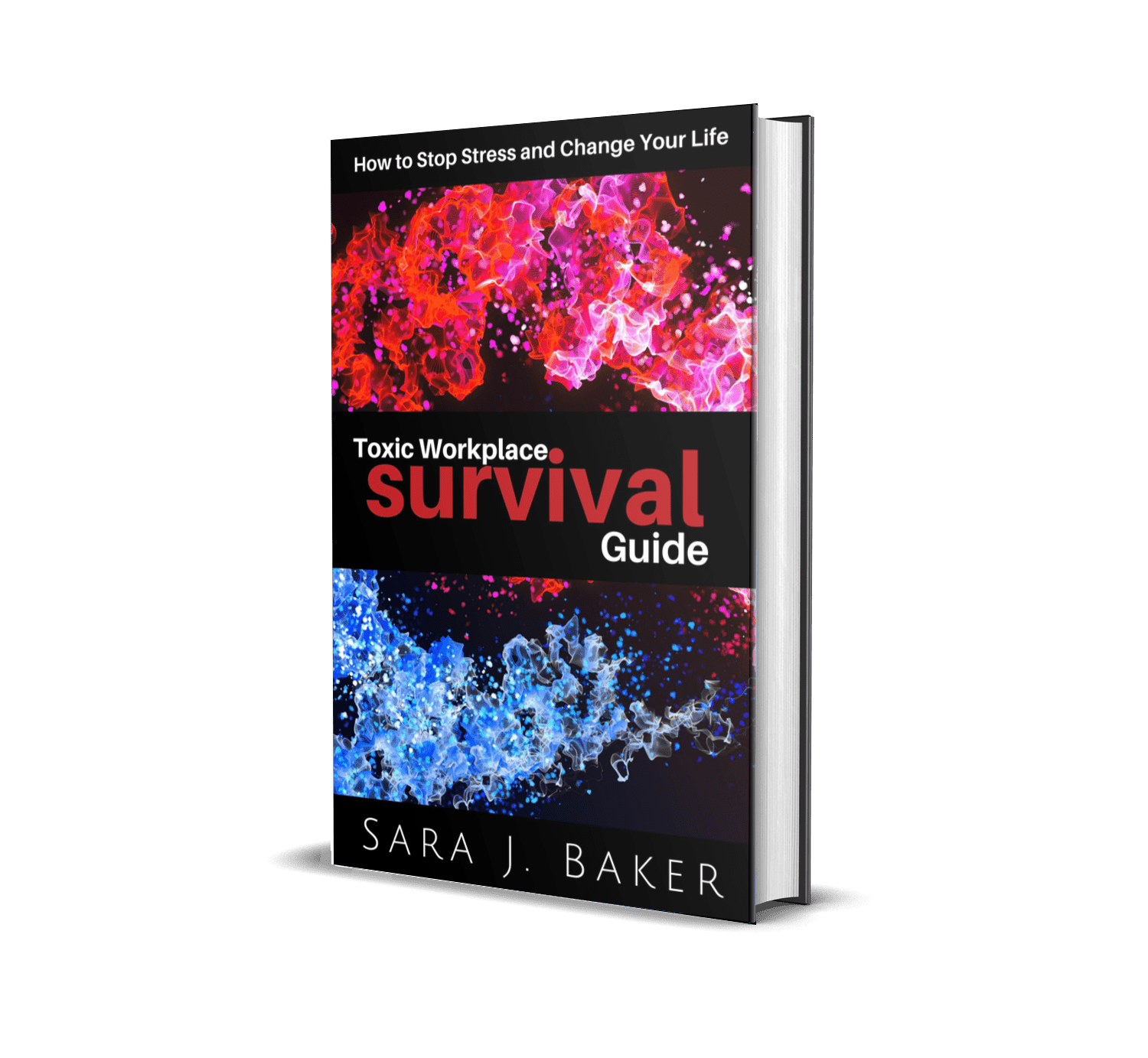 The book you've been waiting for to help you stop the stress, find peace and live your best life in spite of a toxic work environment. Ready to #quietquit? This is your step-by-step guide to help you prioritize your life over your job.

Sign up to receive leadership tips straight to your inbox.

Thanks for subscribing! Check your email for a message from us. Click on the "confirm" button in the email and we will add you to our blog update list.

Something went wrong. Please check your entries and try again.

Check out Our PACED Leadership Course 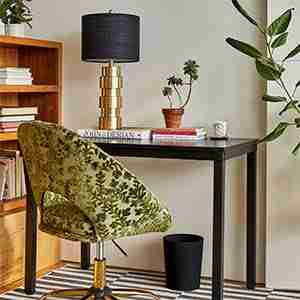 Is Your Home Office Camera-Ready?

Check out these home office essentials from Amazon and make WFH even more fabulous! 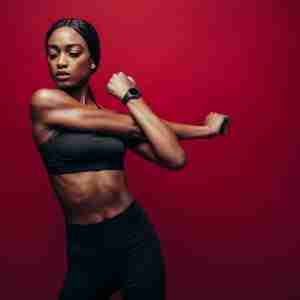 Grab some fitness essentials and get your fitness on with all those positive brain chemicals flooding through your body! 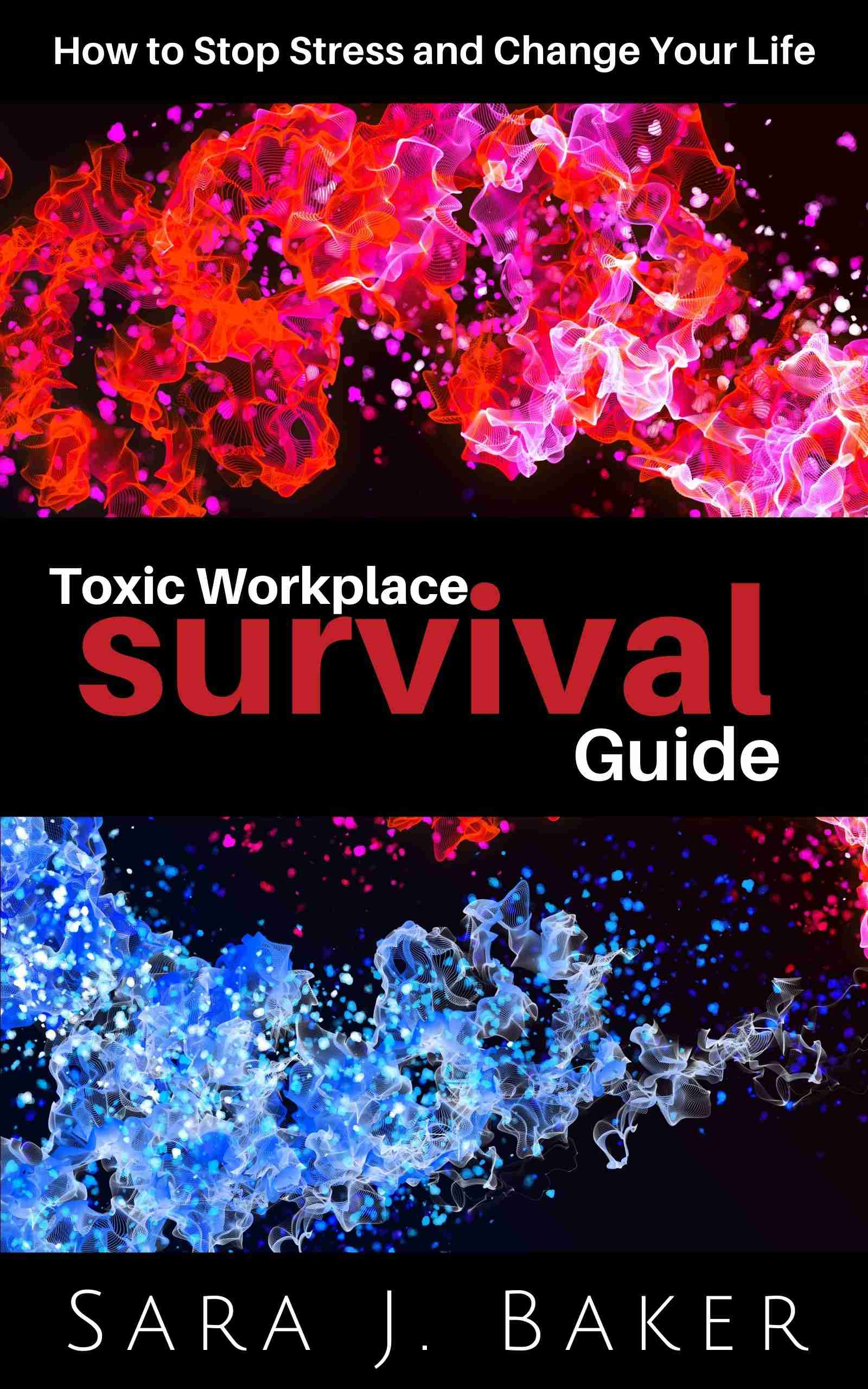 Are you struggling with a work environment that steals your time, your energy and your joy?

Learn how to set healthy boundaries, stay positive in challenging times, make self-care a priority, and much more!

Are You a Leader Who is Interested in
Creating a Healthy Workplace?

Our self-paced, accelerated leadership courses will change the way you think about leadership.

PACED Leadership Program: How to Create a Healthy, Positive Team

Looking to create a positive and healthy workplace and take your leadership to the next level? You are in the perfect place! 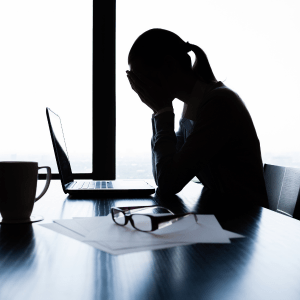 Managing Stress at Work: 9 Ways to Mitigate the Terrible Effects of Stress 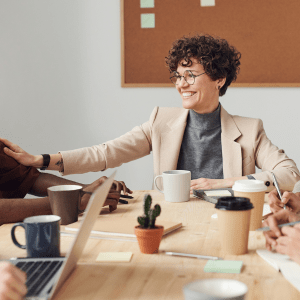 7 Ways to Combat Toxicity and Create A Positive Work Environment 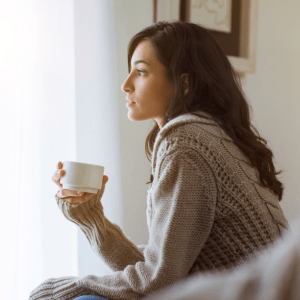 Find Your Why: 9 Ways to Find Purpose in Work For You & Your Team

We use cookies on our website to give you the most relevant experience by remembering your preferences and repeat visits. By clicking “Accept” or continuing to use our website, you consent to the use of ALL the cookies.
Cookie settingsACCEPT
Manage consent

This website uses cookies to improve your experience while you navigate through the website. Out of these, the cookies that are categorized as necessary are stored on your browser as they are essential for the working of basic functionalities of the website. We also use third-party cookies that help us analyze and understand how you use this website. These cookies will be stored in your browser only with your consent. You also have the option to opt-out of these cookies. But opting out of some of these cookies may affect your browsing experience.
Necessary Always Enabled
Necessary cookies are absolutely essential for the website to function properly. These cookies ensure basic functionalities and security features of the website, anonymously.
Functional
Functional cookies help to perform certain functionalities like sharing the content of the website on social media platforms, collect feedbacks, and other third-party features.
Performance
Performance cookies are used to understand and analyze the key performance indexes of the website which helps in delivering a better user experience for the visitors.
Analytics
Analytical cookies are used to understand how visitors interact with the website. These cookies help provide information on metrics the number of visitors, bounce rate, traffic source, etc.
Advertisement
Advertisement cookies are used to provide visitors with relevant ads and marketing campaigns. These cookies track visitors across websites and collect information to provide customized ads.
Others
Other uncategorized cookies are those that are being analyzed and have not been classified into a category as yet.
SAVE & ACCEPT
Scroll To Top